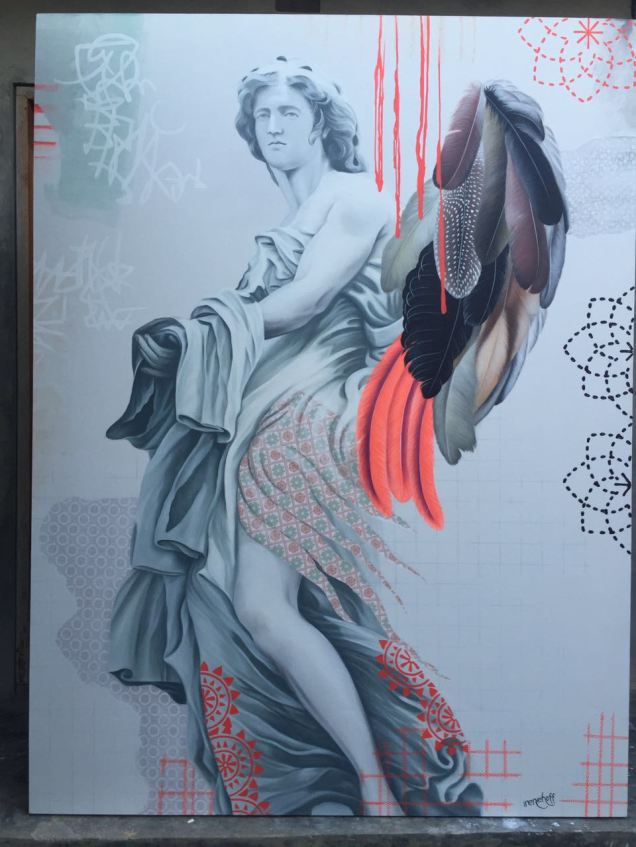 Imagine you’re an angel but are not able to use your magnificent wings because somehow, it is not accepted. Because it’s weird and out of the ordinary. What would you do?

Wings are hard to hide. Their too big and they’re also a piece of art. Let’s face it, art should not be hidden in a darkened cold cellar, it has to be out in the open.

Showing them is out of the ordinary and catches (too much?) attention. But, is the opinion of the less talented the convention? Or the opinions of the ones that are too shy or insecure, hiding their own wings? No.

Spread you’re wings so you can fly and people look up in wonder instead of looking down at the floor. Using your wings inspires everybody, sooner or later, direct or indirect, small or big. But most of all, it will inspire the hidden angels to spread their wings as well.

The painting is part of the Heavenly-series

One thought on “What about the wings ”