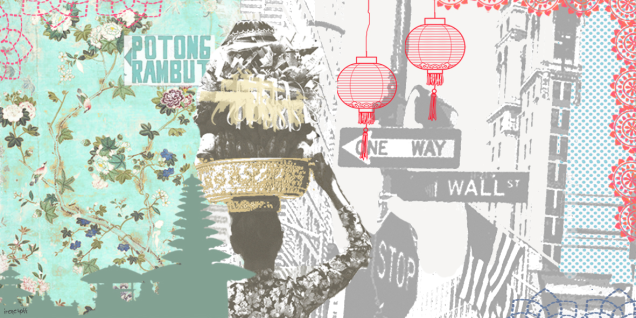 One time I gave a creativity workshop and made an amazing discovery. The biggest question people had was: What is the objective of the workshop?

I was surprised, becoming more creative of course! I said, but it kept bugging my mind. Even more so, because a number of people said they weren’t creative and couldn’t write a story or so. It took me a while, but finally I understood the question.

So when I gave part two of the creativity workshop I let the people work without any introduction from me. The first thing they had to do was create their own creativity exercise. I was impressed by the creativeness of the outcome!

Next they had to do the top 4 of these ideas and again, I was impressed by the outcome and the laughs we had and the proudness of the students.

Afterwards, I gave a short presentation.

The first thing I told was that everybody already was creative. It is something I cannot teach, only make people aware of it or train them by doing small creative exercises.

The third thing I said, was over coming the fear of being creative and that the best idea is not the first, but the fifth or the tenth. Being creative, is about accepting and not being afraid of bad ideas. But it is also the fear of other people for new ideas. It’s the responsibility of the ‘creative’ to ‘unfear’ them.

The last thing I told explained them is serendipity. Finding what you’re not looking for needs an open and creative mind. The finds you can do are amazing.

The funny thing is that after the first session a lot of people told me they were constantly being creative in everything they saw. They couldn’t stop, looking for creative uses or interpretations in everything that saw. Traffic lights, signs, doors, things, anything.

It has a bigger meaning. By turning on and off switches, you change your future. Changing, not actually creating it, but every switch turned creates a different outcome. The way I see it is like sculpting clay.

For example, by turning the creativity switch on, it is hard to choose the obvious anymore, so your choices will change as well. By turning the ‘I am a winner’ switch on you’ll mould your future. Or turn negative into positive; old habits into new habits. Same for the ‘yes!-I-will-move-to-somewhere-else-switch’.

Turning switches makes that different things will appear on your path and you can’t do anything but make different choices, sculpting the future. You don’t know what’s coming, but it is different.

Turning switches is avoiding walls, creating new ways of finding out what’s behind them, hence Wallhalla,
The Paradise beyond the Wall.